← How to Move a Piano Where to Store Your Important Documents →

10 of the Strangest Things Found in Storage Units

Self-storage units are used by millions of people all over the world, for storing numerous different things. From clothes and furniture to books and documents, almost anything can be kept safe behind secure storage unit doors. However, strange, less conventional items have been found in storage units over the years, and we’re on hand to tell you what they are! So with Halloween just around the corner, prepare for some surprising, downright creepy finds. 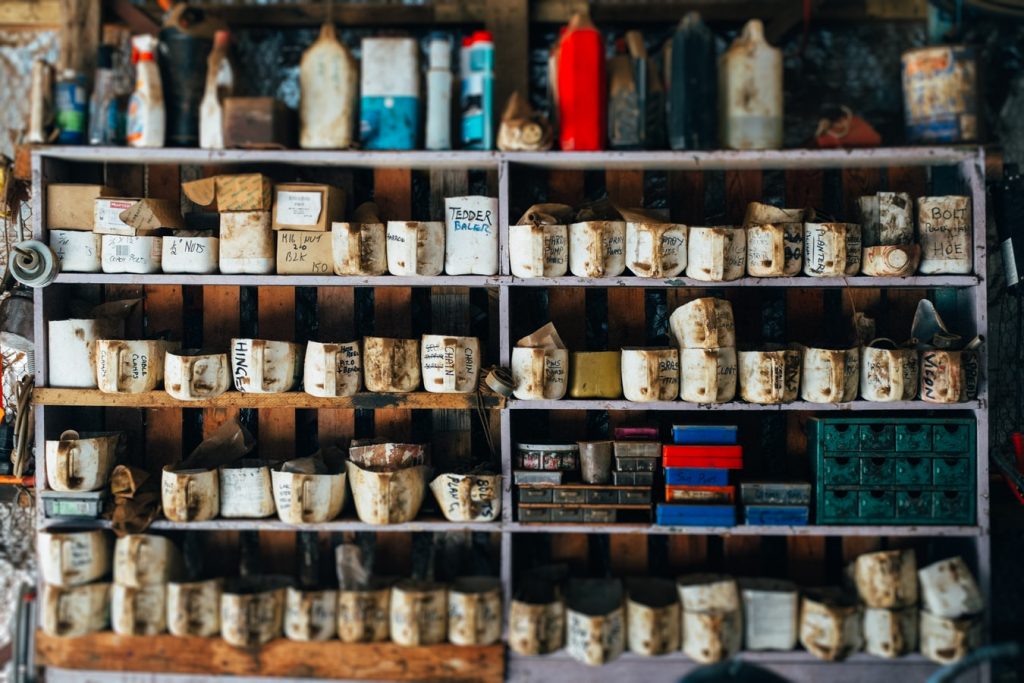 Believe it or not, numerous urns that have been filled with the ashes of a loved one have been discovered in storage containers – a strange way to remember someone who has passed. But a family in Florida took it one step further, keeping their grandmother’s body in a casket inside a storage unit for 17 years after her death. Eventually, the family were contacted by the owner of the storage unit with regards to unpaid rent; the family responded by saying the contents couldn’t possibly be auctioned off as they included the human remains of a relative.

In the USA, it wouldn’t be uncommon to find firearms and ammunition in a storage unit. But a man in Michigan had a nasty surprise when he discovered a live hand grenade in there, and subsequently called the police. The bomb squad was called to detonate the grenade, and thankfully, no one was hurt.

A storage facility in the UK had a pleasant surprise when a customer drove up in a copy of the famous Knight Rider car. Knight Rider was an American television series which aired between 1982 and 1986. The main character, Michael Knight, was a crime fighter who used an artificially intelligent, technologically advanced automobile to catch modern-day criminals.

In 2007, an American man had found a meat smoker in a storage unit. Upon lifting the lid, he quickly discovered what appeared to be an amputated leg. As it so happens, the original owner of the storage unit lost his leg above the knee after being involved in a plane crash in 2004. Apparently, he was keeping the leg in storage so that he could eventually be buried with it. As the new owner of the storage unit legally owned the smoker and its contents, he initially gave the severed leg to the police, who subsequently gave it to a funeral home.

But then things took an unusual, disturbing turn. After charging adults $3 and children $1 to take a peek inside the smoker, the new owner asked for the leg to be given back. Needless to say, his request was rejected by the funeral home. Having made a tidy profit while the leg was in his possession, he tried to persuade the leg’s original owner to share the profits…and the leg. Eventually, the pair went to court and the leg was then returned to its original owner.

In 2011, a man had discovered numerous comic books in a storage unit he had just started renting. Within the collection was the first ever Superman comic, and understandably, he was looking to sell it. However, he was prevented from doing so as the action comic had belonged to Nicholas Cage. Cage bought the comic in 1995 for a hefty $1 million, but reported it stolen to his insurance company in 2000. Once the comic book resurfaced, Cage described it as an act of “divine providence”.

In Florida, USA, a storage unit that was once owned by a former Medical Examiner was sold at auction after he fell behind on rental costs. When the new owner opened the unit, they uncovered several organs, including lungs, hearts, tissue samples and ten brains. It was soon determined that the organs had been harvested during private autopsies that had been performed at a local funeral home.

Darvills storage are a removals and storage company committed to providing high-quality, fully comprehensive services to those living throughout West Yorkshire and the surrounding areas. For highly-experienced, fully-trained removals and storage specialists, look no further than Darvills Storage. From secure storage, home storage, self storage and document storage, you can rest assured knowing that your belongings will be fully protected and stored safely. If you’d like more information about the services we offer, including removals and packing materials, get in touch with us today – we’re always happy to help.

This entry was posted in News and tagged strangest things found in storage units. Bookmark the permalink. ← How to Move a Piano Where to Store Your Important Documents →
Looking for secure storage at great rates?
More Info
Contact Us

If you would like more information about our services you can either e-mail us here or call us now on: